The auditorium of the Commerzbank Headquarters in Frankfurt/Main was equipped with eight panels in lightly stylised company-colours. The finely nuanced drapes and creases give the straight and rather sober room a touch of playfulness and softness.
The format of the painting corresponds with the serial grip of the sound insulation, so that a harmonic synthesis between architecture and artistic painting is reached. 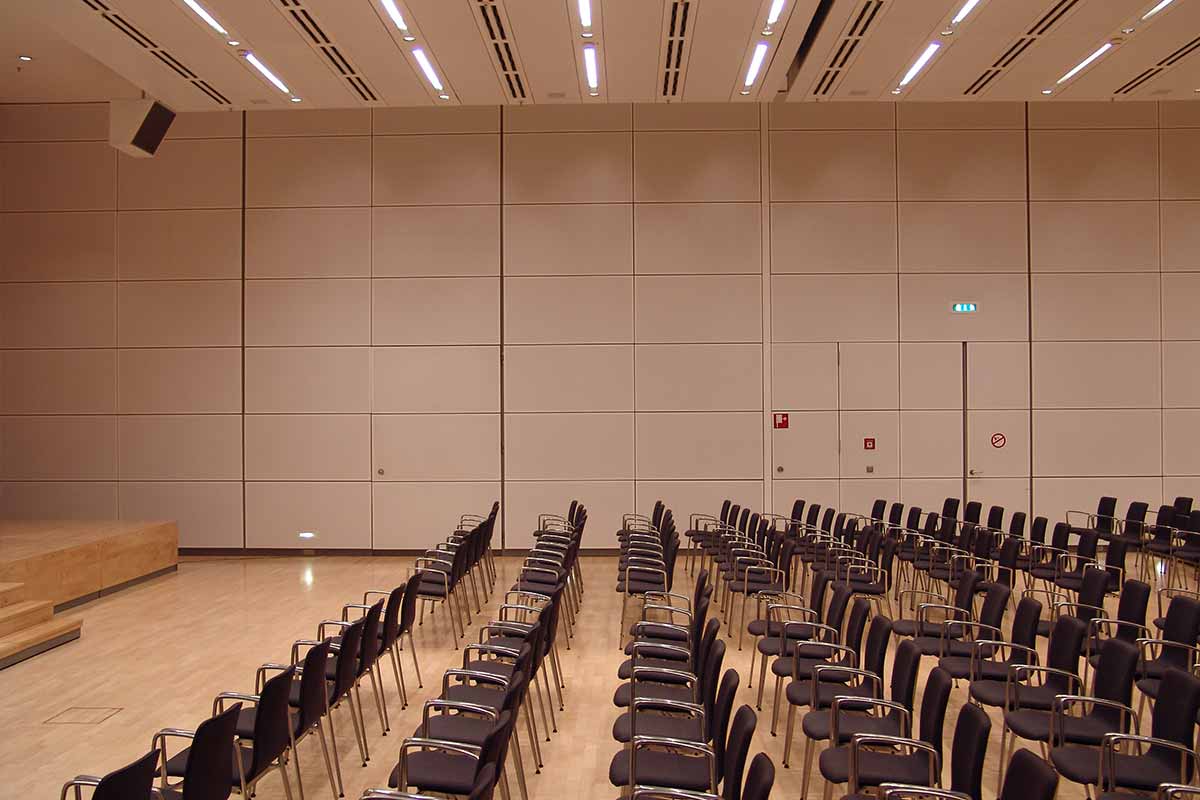 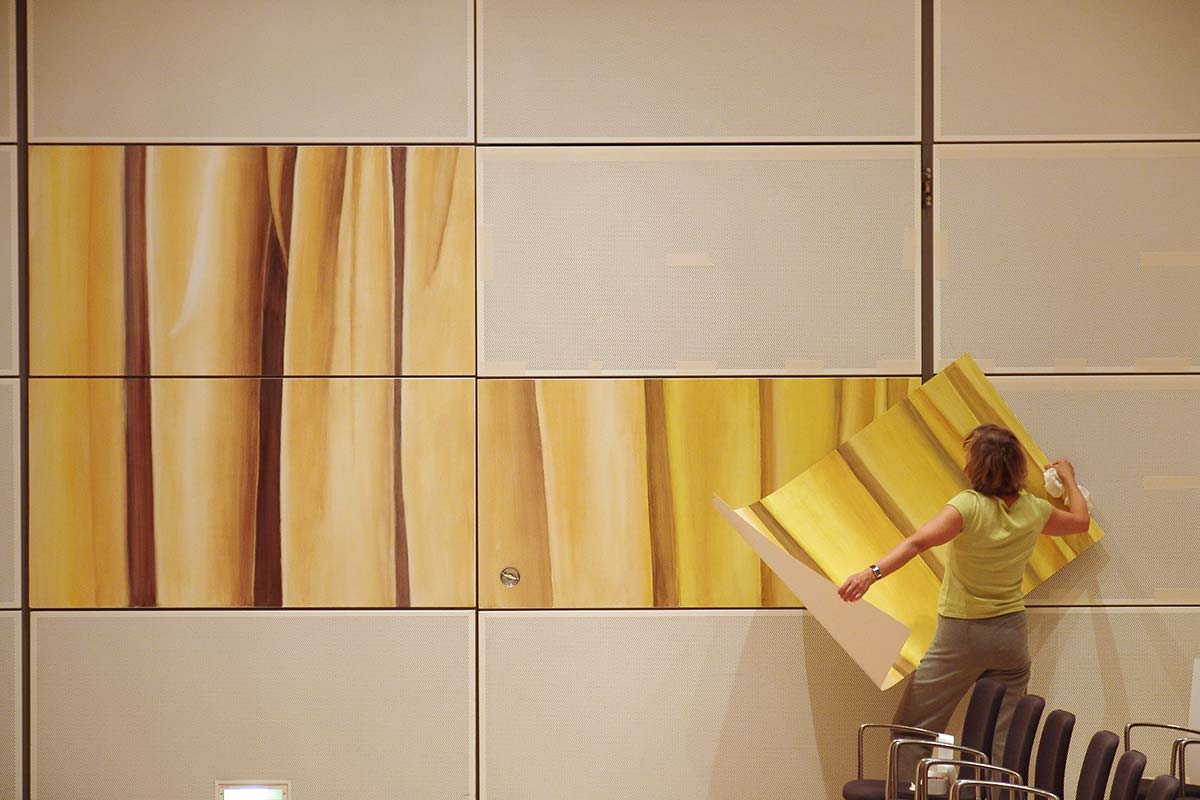 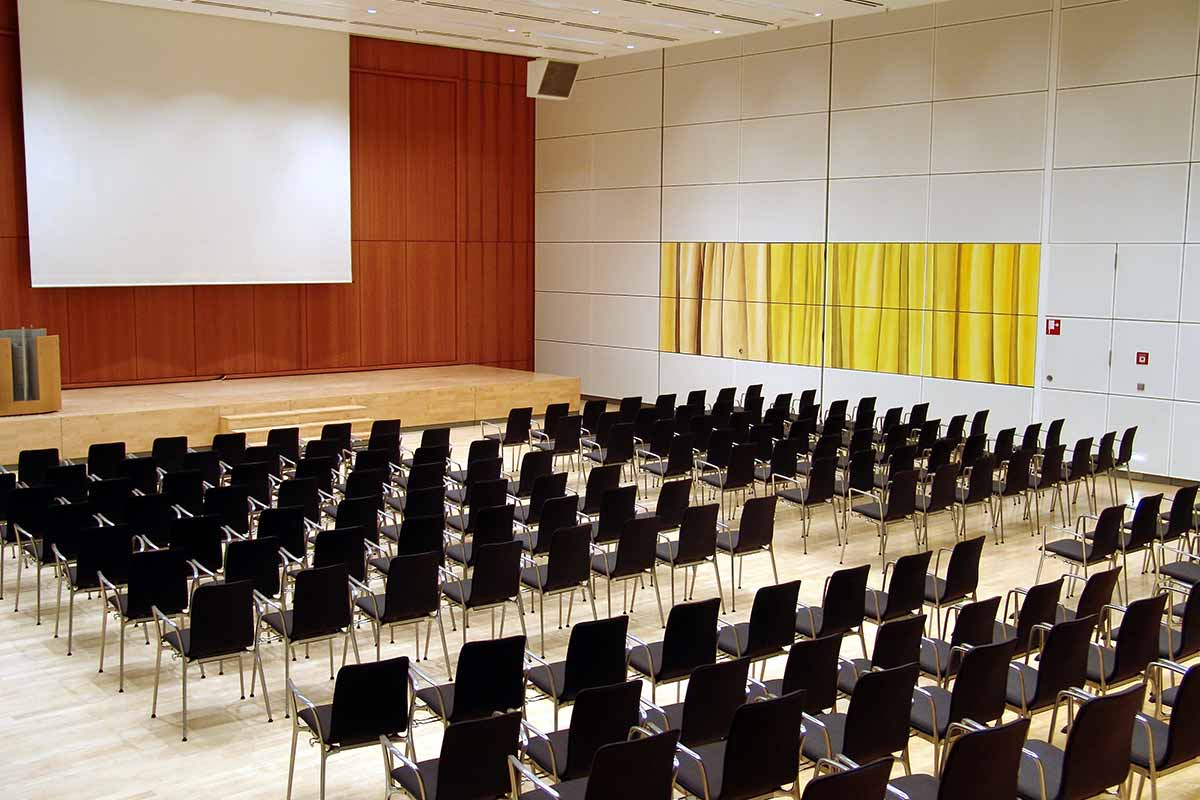 We bring colour into the dreary concrete-grey of the large foyer at the German Library in Frankfurt/Main! Towards the corners the 2,5 square metre high colour plates in oil-glazing technique are interwoven with concrete grey colour nuances. Thats how we connect the surrounding walls with the work, so that the paintings seem to grow from the walls. 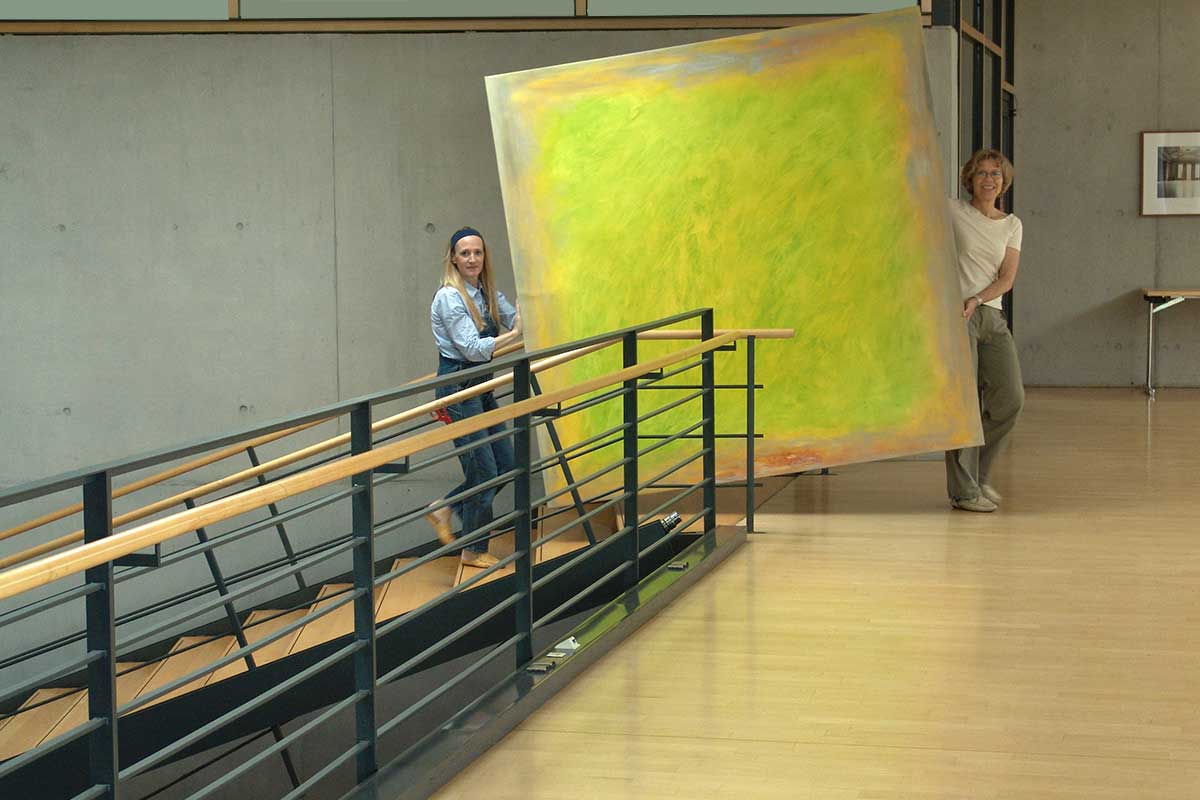 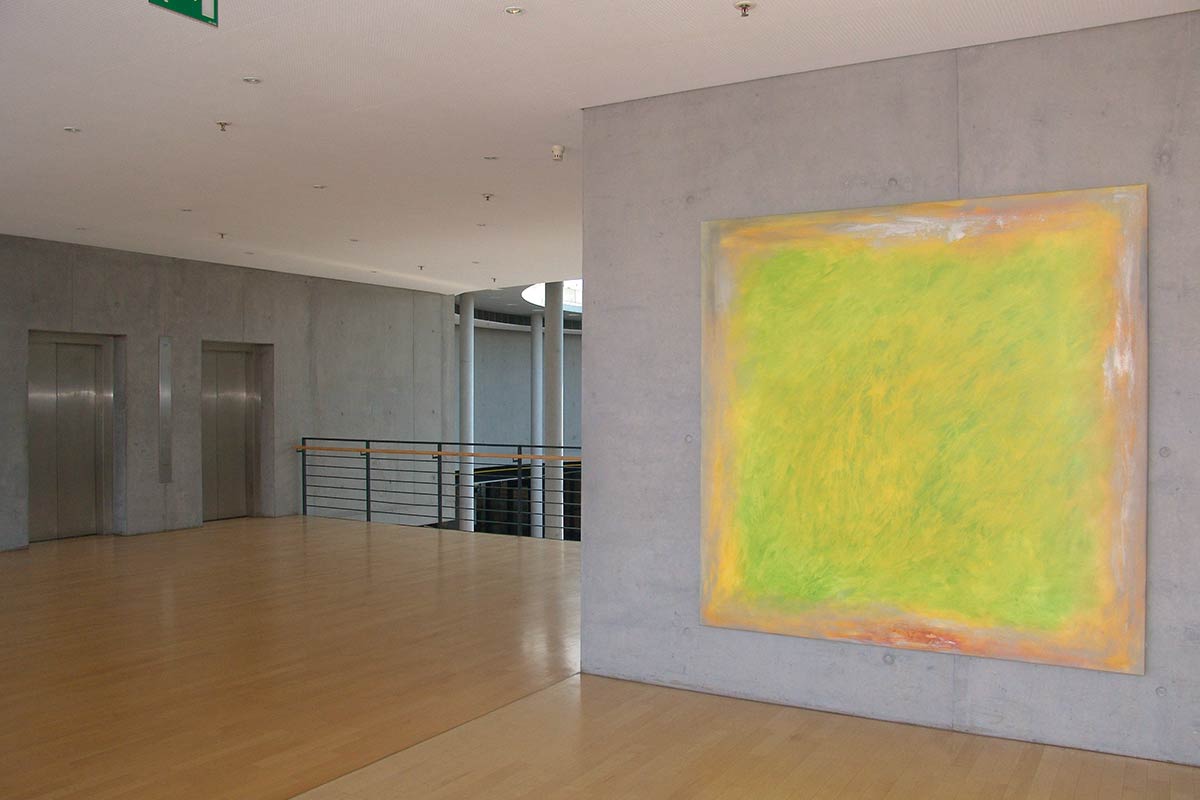 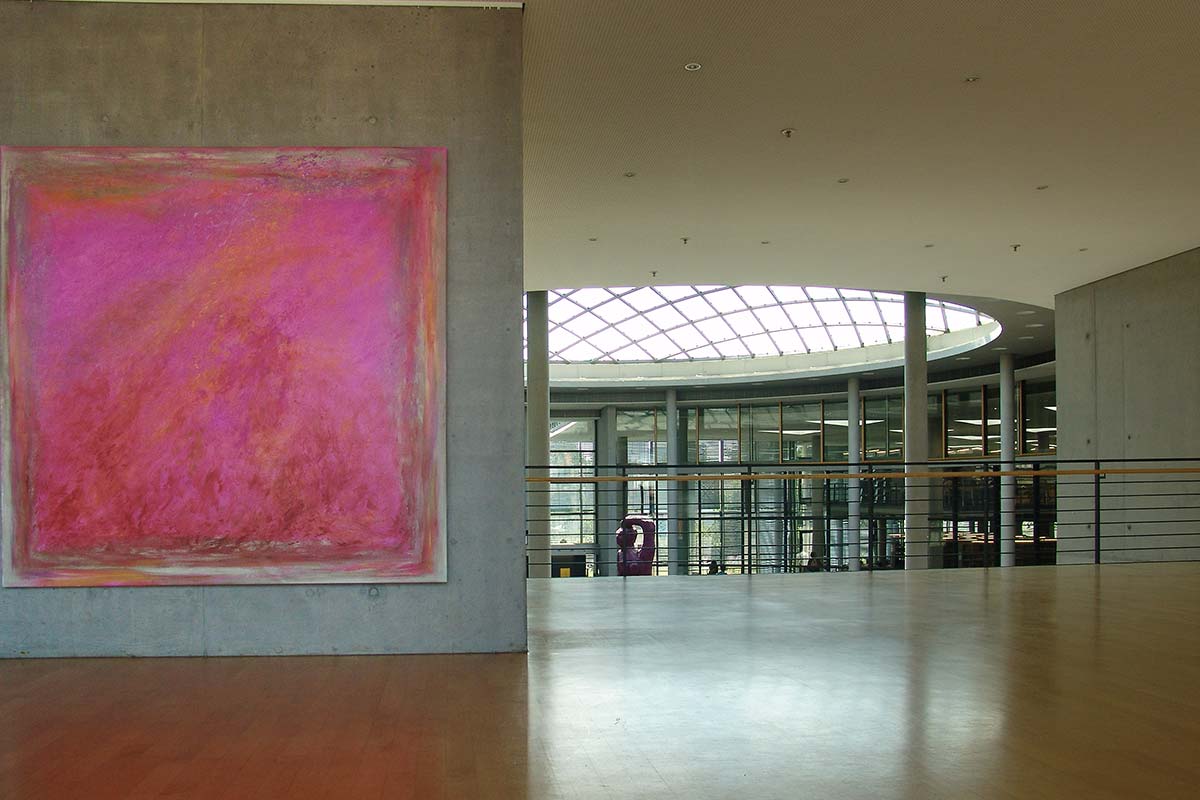 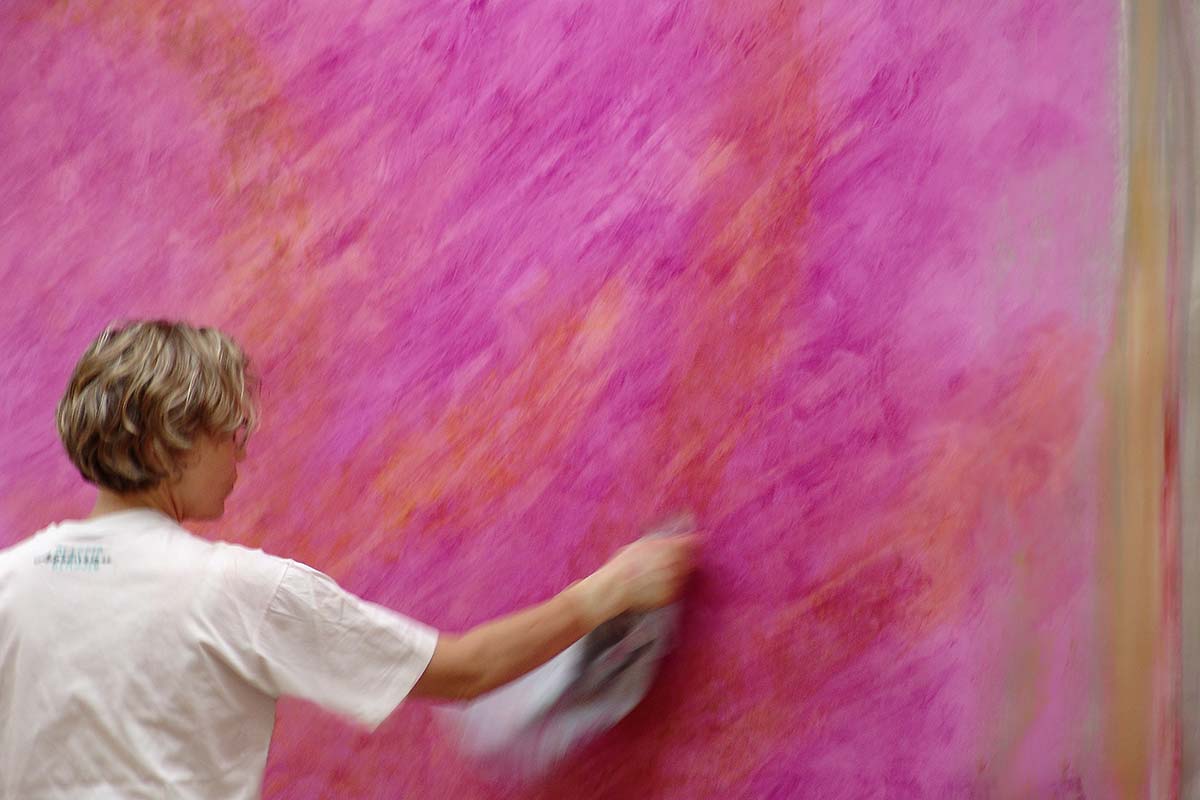 Company logos are easy to include in Farbe mobil® installations. As long as a creative handling of both company colour and logo is permitted by you, the company can show its friendly-individual side to its customers. 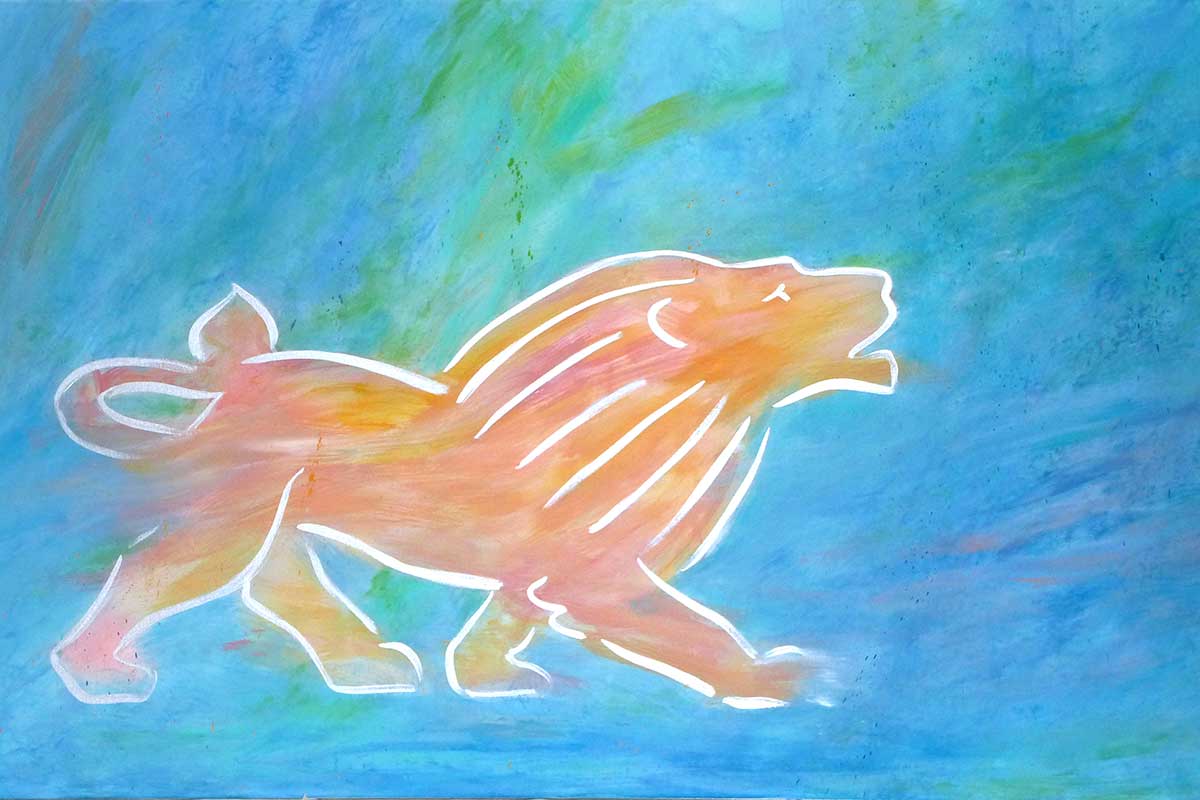 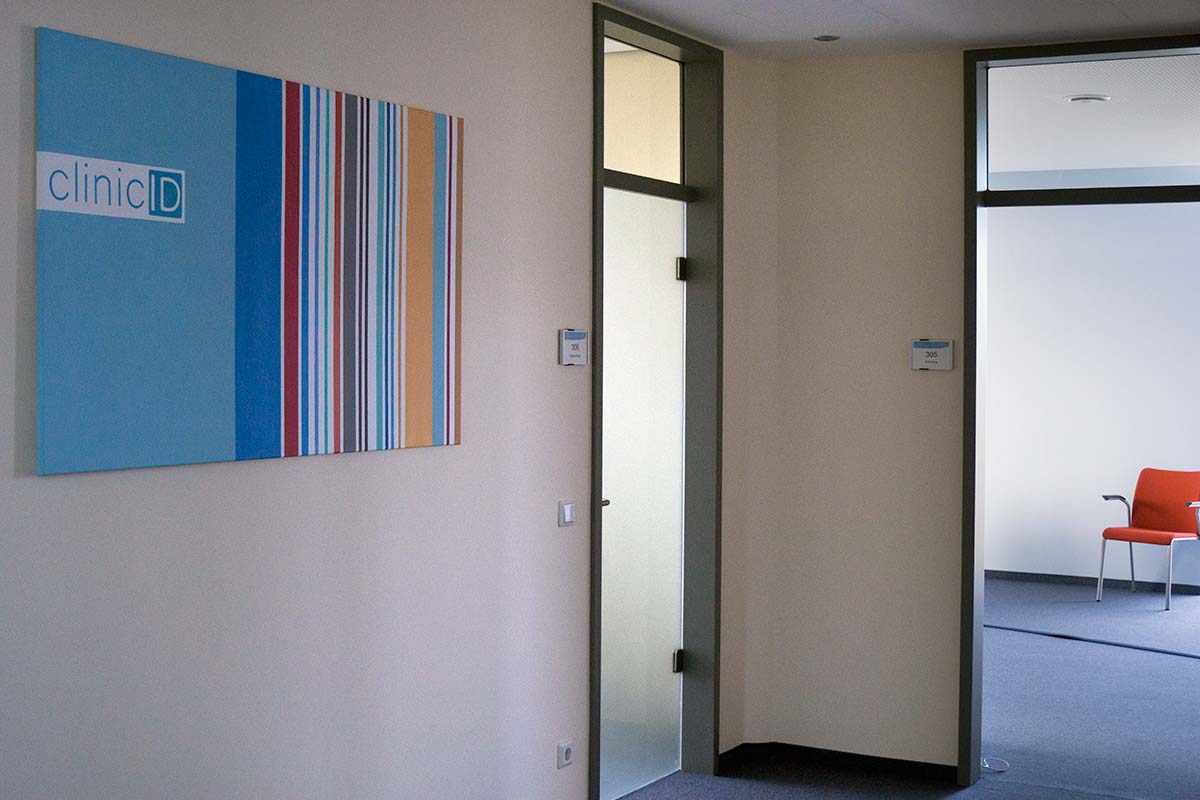 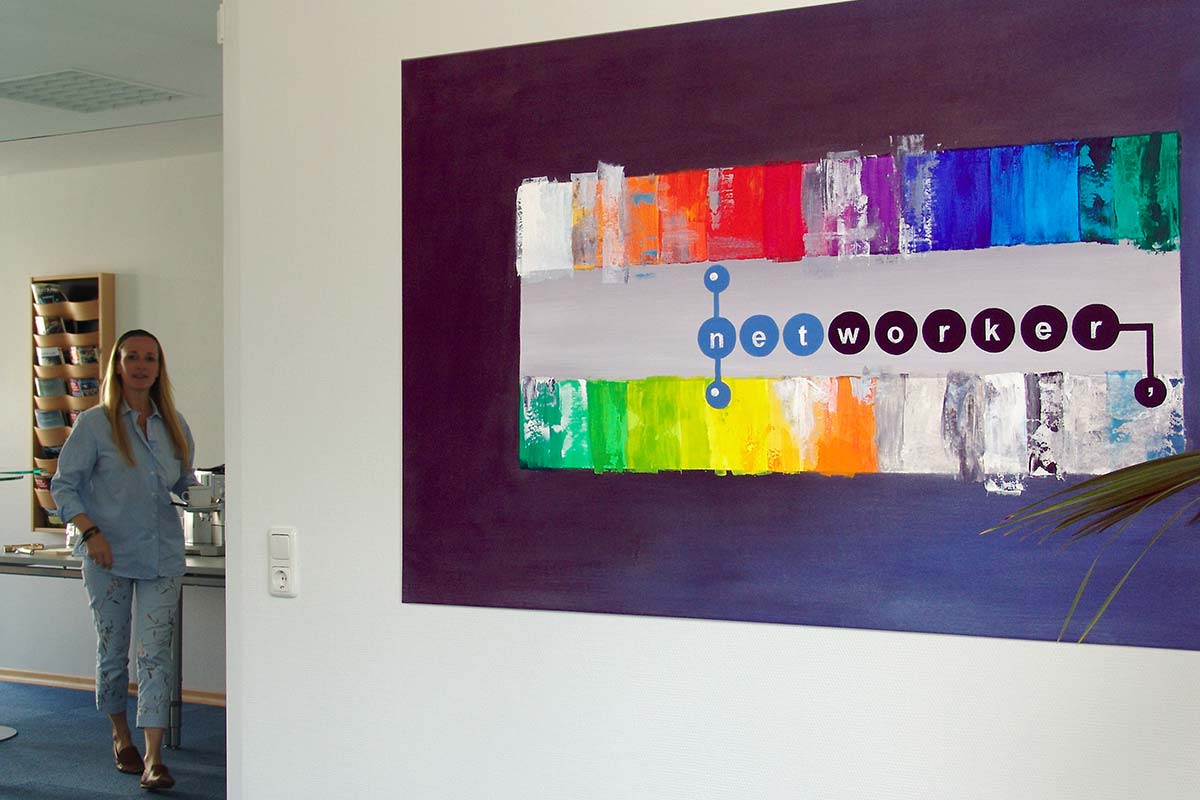 For this lounge area we create colour-and painting-series, that correspond with the style of the building and the self understanding of the company.
Clear lines in a Munich publishing house (picture on the left)
Atmosphere of an industrial loft in this post-production studio in Frankfurt (middle picture)
Respectfully designed ambience in a newly build office building near Kissing, Augsburg (right picture) 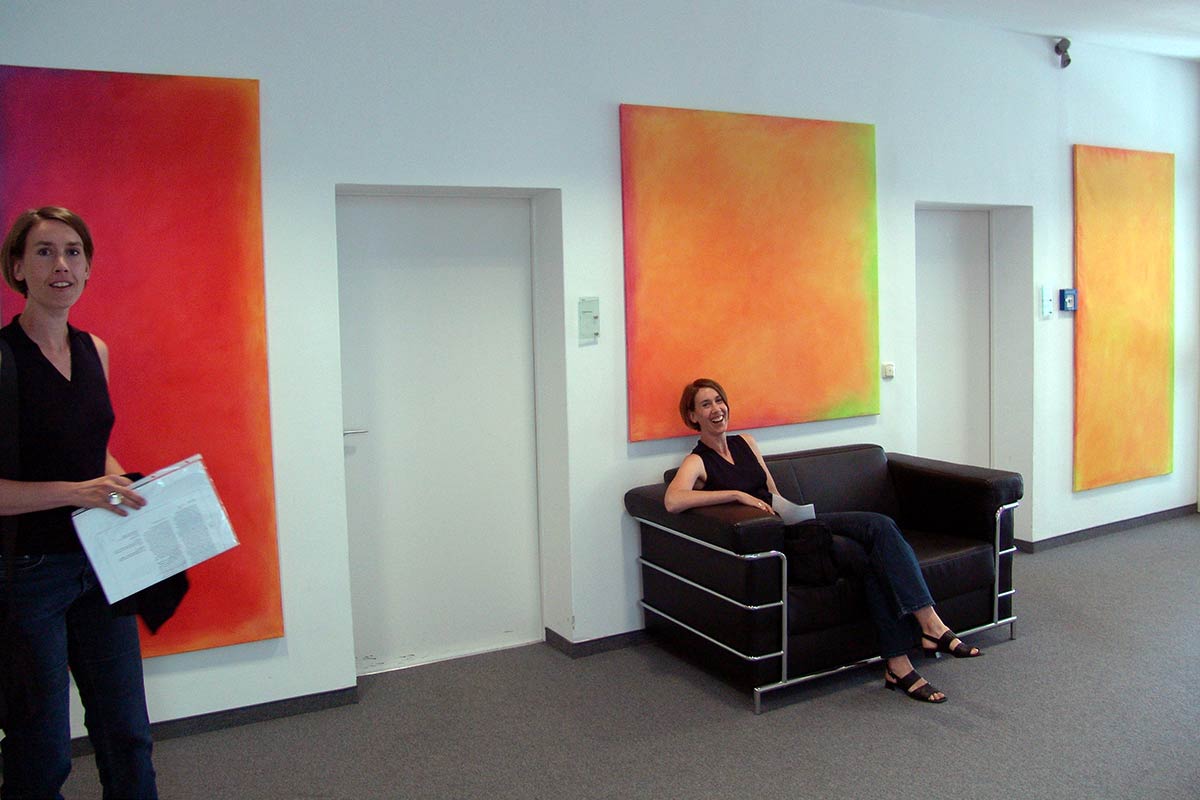 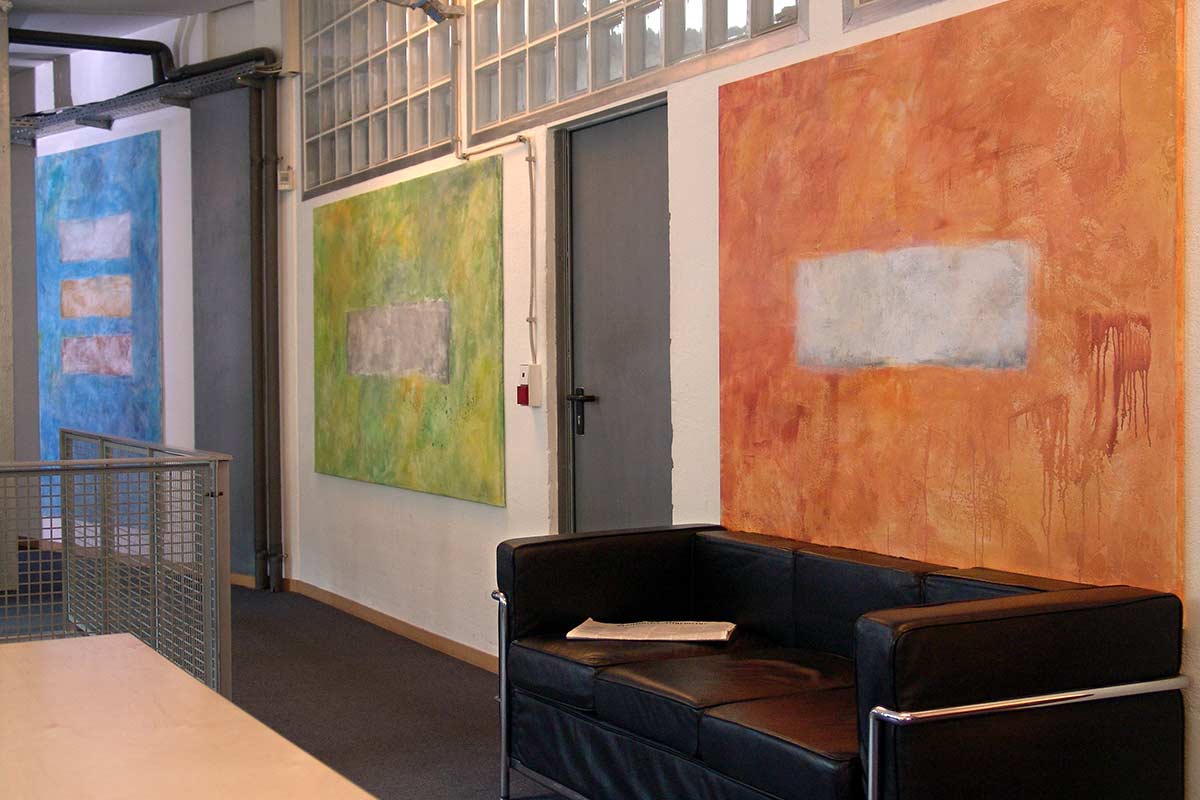 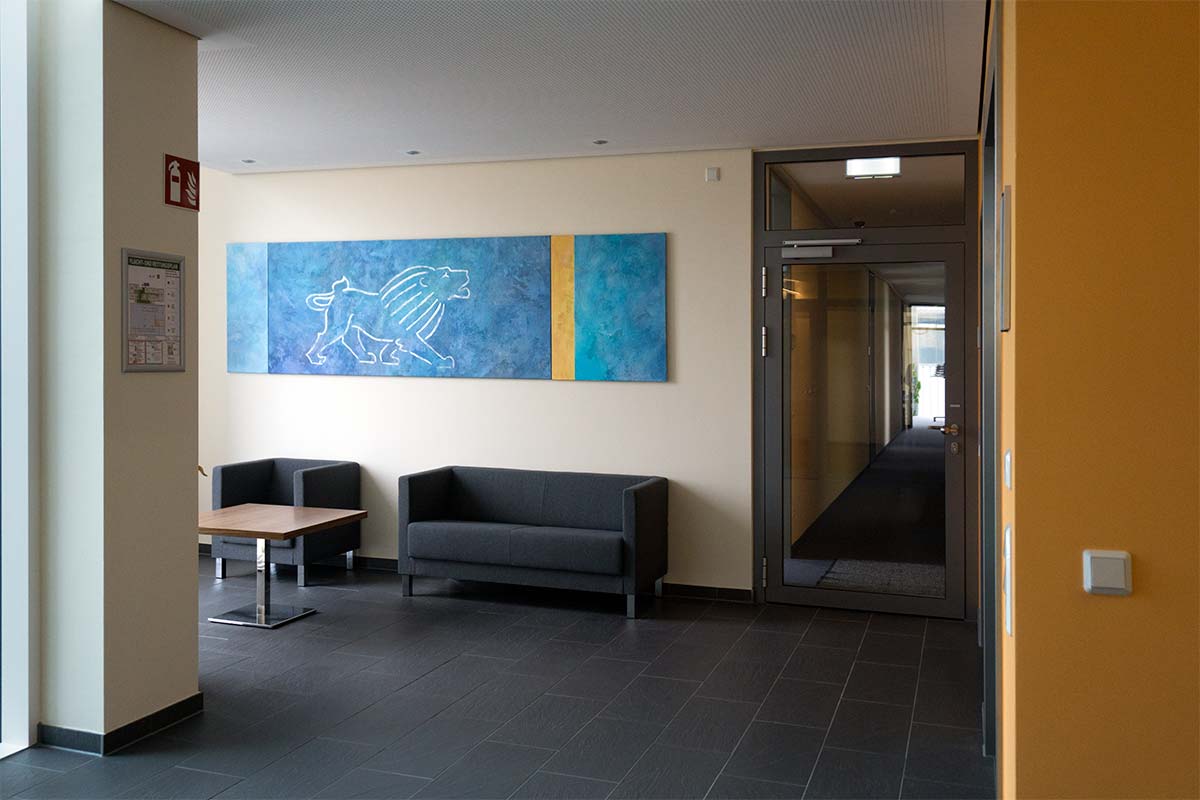 The temporary installation of the Farbe mobil® painting “Metamorphosen des Grün” in the foyer of the chamber music hall of the Berlin Philharmonics accurately represents, how the message of the painting, the mood of the colour and the mood of the room can form a unity. The painting picks up on the musical mood of balance and penetration, and welcomes the guests already from all the way down of one of the main stairwell.
A slightly dreary stairwell from the 1950s was colourfully individualised with Farbe mobil® objects. By using geometrical forms the strict style of the stairwell remains intact and is interpreted in a more modern way. The white “holes” on the canvas seem like cut outs, through which you catch a glimpse of the wall behind them. 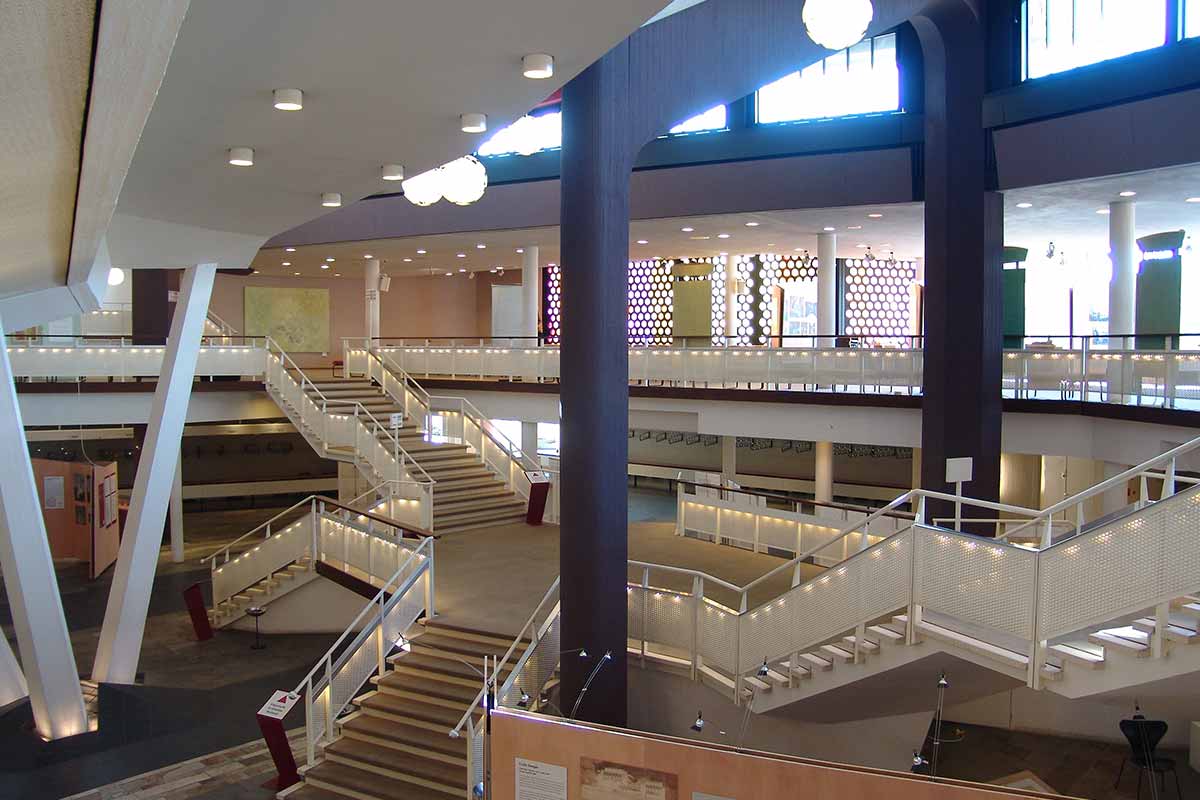 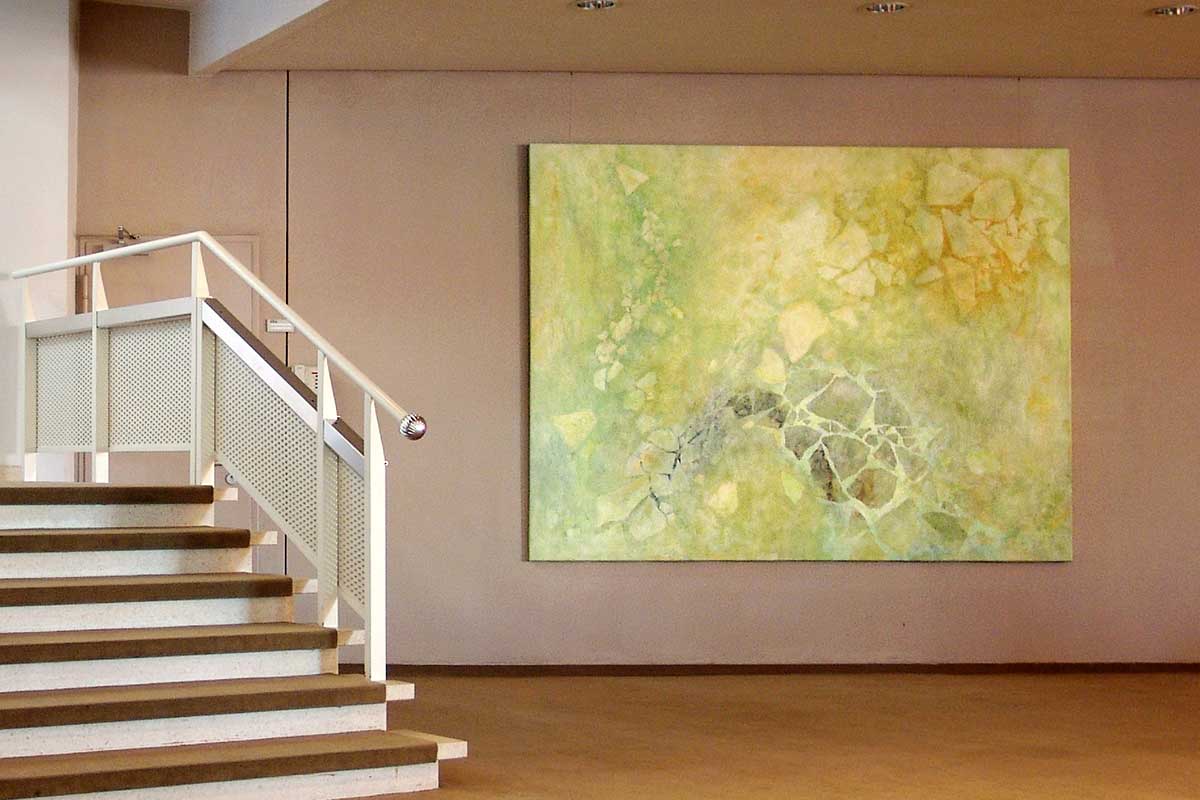 In the mayor-hallway at the Hanauer City hall we refer to Grimm fairy-tales, with Hanau being the birthplace of these world renown fairytale collectors. 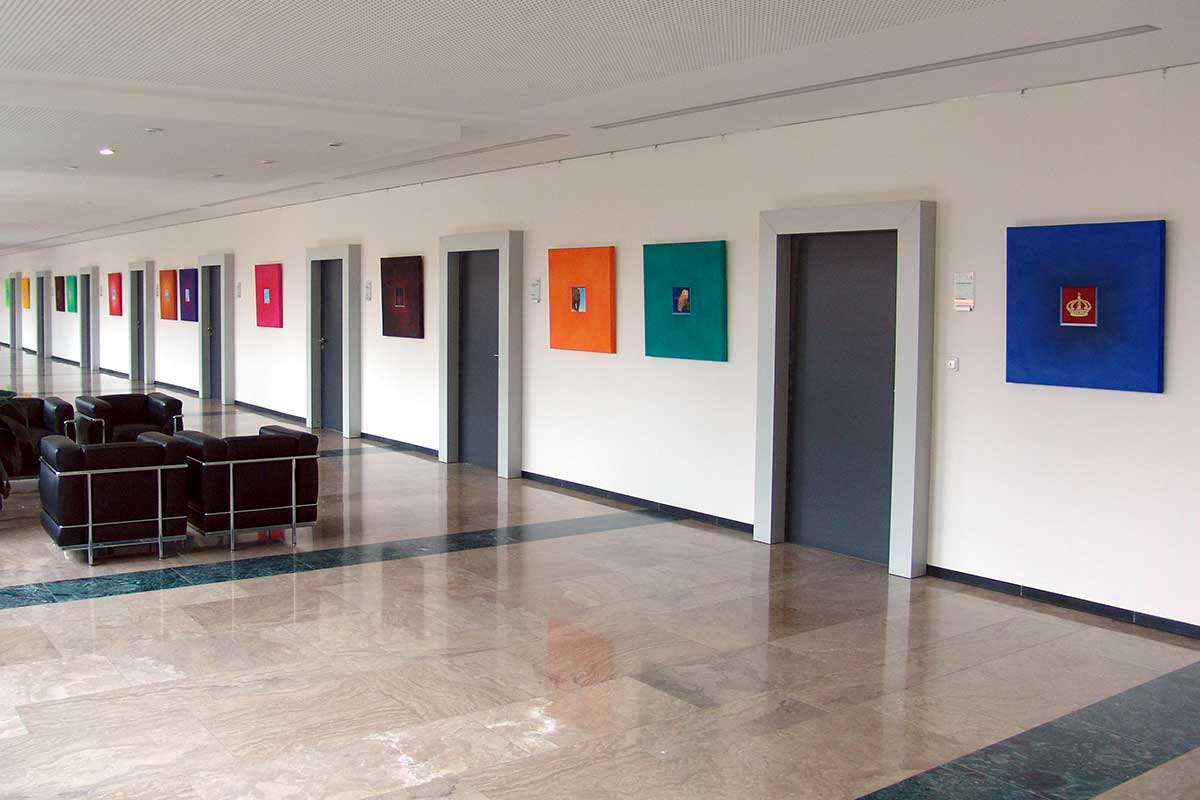 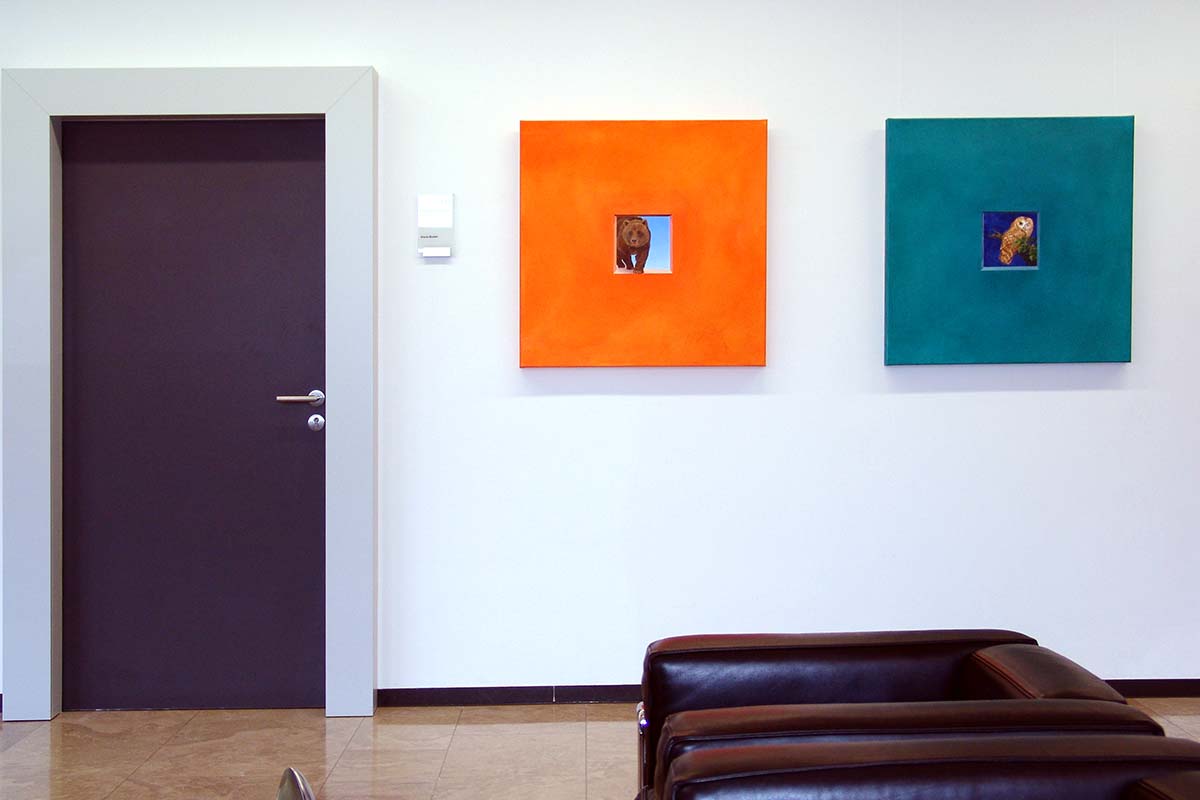 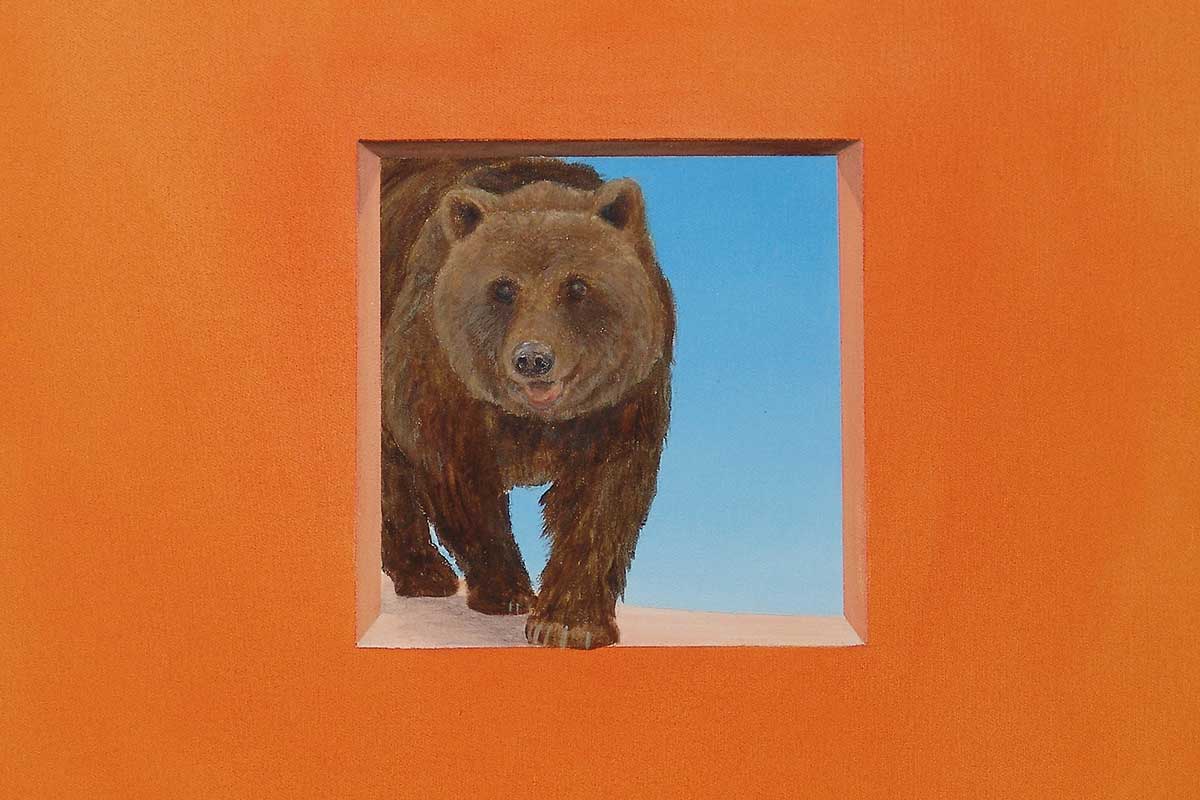