The two varieties of attention

Psychologists examining human senses often refer to the dualism of perceiving a figure and perceiving a fore- or background. The detail orientated, focussed perception filters “Figures” from the, at first, unstructured field of perception. These “Figures” constitute the “foreground” of the field of perception; they are usually identified by the onlooker and are then given meaning. The surroundings of said figure, it’s background, does not find its way into the consciousness in such a reflected manner. It works in a more subliminal way.

However the subliminally registered contents play a big part in the perception of atmosphere. They build up “moods”. With „Farbe-mobil“ objects the dualism of both forms of perception plays a central role - often in the form, that smaller more concrete motifs are included in large scale colour tones. 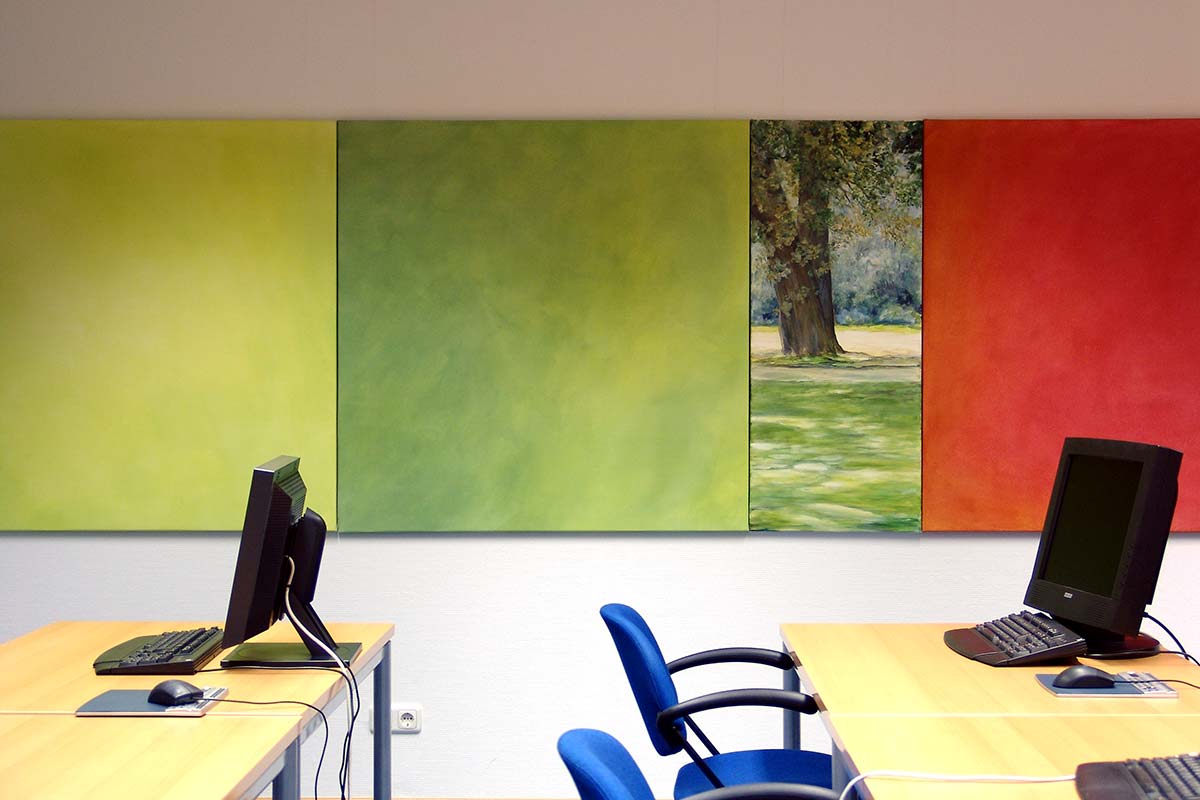 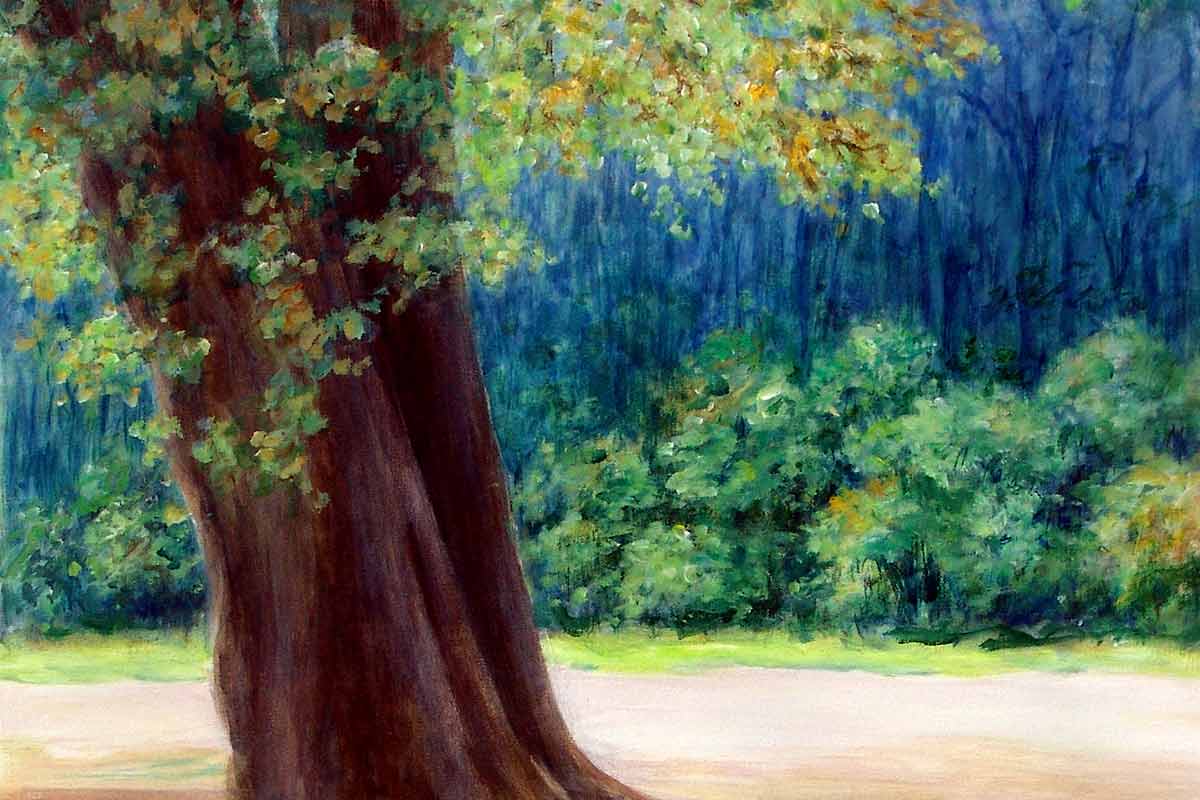 ...respects the need for concrete presentation and concrete content and balances it with the mood-effect of “floating” colour surfaces.

The example of the “Baumserie” (Tree series)

One of the most popular motifs is the “Baumserie”. It is a painting of a park painted in an impressionistic style. If you view it on its own, it doesn’t have any meaning for the entirety of the room that is worth mentioning. On the other hand, red and green colour plates placed separate from each other in the room, make an unmotivated impression and would need some explanation for any onlooker to understand the idea behind them. Why would you put up coloured canvases that don’t have a “meaning”?
Only once you combine the two presentation forms, a whole concept develops: The park painting is included into the setting in an atmospheric way and the colour plates are justified in their existence. Both forms of presentation, the concrete and the unrelated one, have a similar content, but address it at different channels of perception.
In an ideal case they convey a well reflected message of the motif of the painting and the atmospheric message of the colour tone. The large colourful areas are necessary, to create a contrary effect against he white of the walls and to change the light mood of the room. The motif in the picture is necessary to offer some central aspect that you can focus your attention on and that is easy to comprehend. The subconscious is therefore focused on a “figure” and the “background”, the colour plates remain in the atmospheric sphere.
If you were looking around the room at separate colour plates and you would try to interpret them, their atmospheric effect would be diminished. The colour plates withdraw from any form of interpretation, the more incomprehensible and floating their colours seem. This is the reason why they are created with glazing techniques. The light primer shimmers through several semi-transparent layers of colour. This three dimensional light lends a certain air to the colours, gives them spatial depth and a liveliness that is rich in nuances.