near the idyllic Bordeaux Place in Haidhausen

Studio Benad was founded in 1996 as a studio for colour design and mural paintings, with a focus on Trompe-l’oeil painting, colour planning and training. Ursula and Martin Benad complement each other in an ideal way: Whilst Ursula Benad prominently looks after Artistic / Mural painting, Martin Benad is responsible for colour planning and conceptional work (book manuscripts and specialist articles).
The collaboration with the Malerblatt (Uli Schweizer) led to increased prominence in the first years after founding the studio.

Both Ursula and Martin Benad also have a friendly relationship with Anton Siegl (Bookshop Siegl) and the Deutsche Verlags-Anstalt (DVA). Both have supported the development of the studio greatly.
And what would Studio Benad be without all the customers who believe in it? Shortly after its opening, Messe München, Landhotel Plendl in Freising and others commissioned ambitious work, which gave financial security especially in the difficult early years.

As time went by, little by little, more and more Mural paintings were commissioned by prominent persons from Industry and Culture. 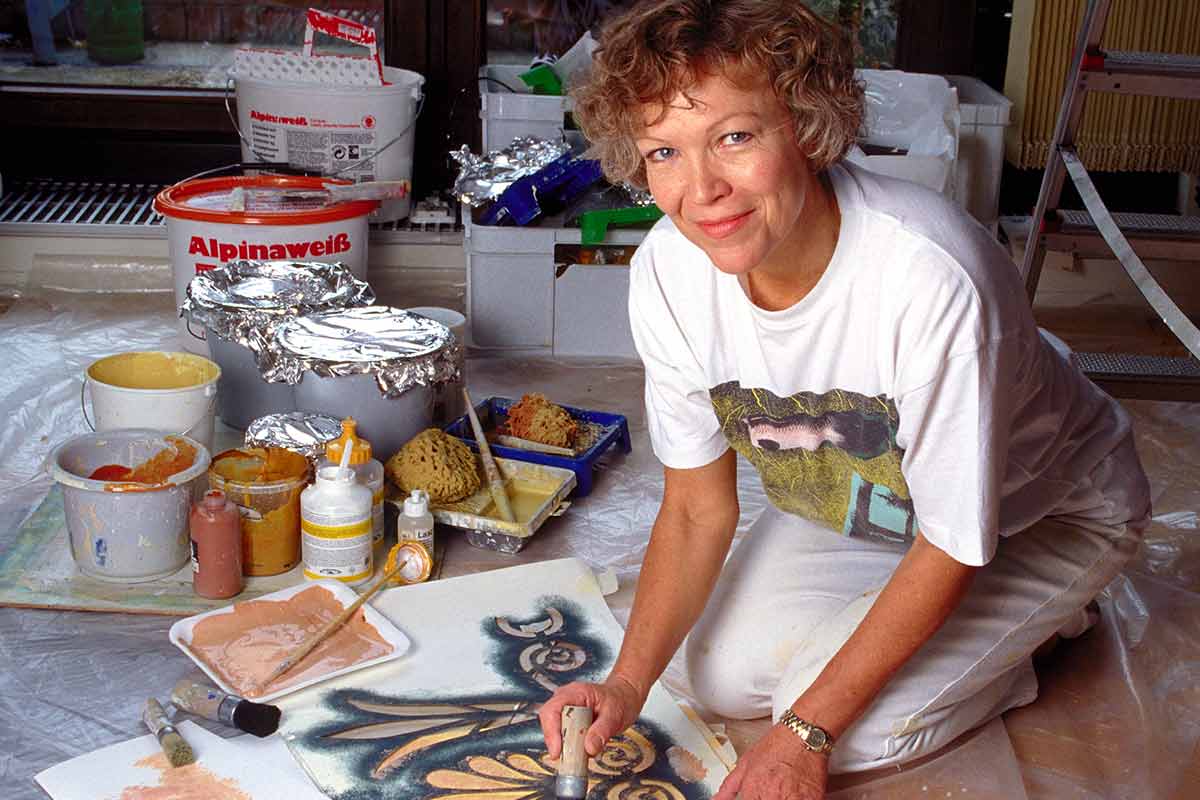 1996: We rent rooms at the “Freiraum” in Pestalozzistreet days at a time. All material has to be carried up 5 flights of stairs... 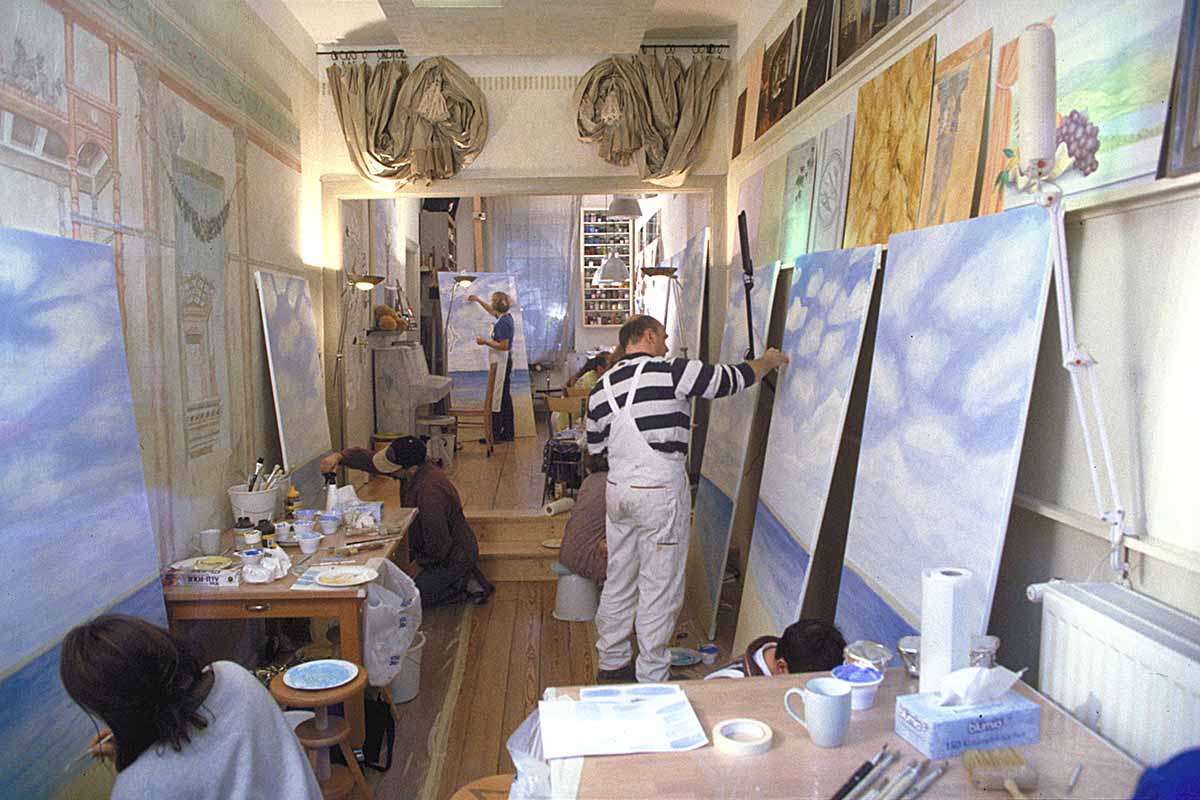 1998: We move into our own first small studio in Pariser Strasse. The room is like long tube! There is a lot of moving around objects and furniture before every seminar. 1998: The legendary Malerblatt (magazine) - journeys with readers going to Tuscany, take place for the first time. 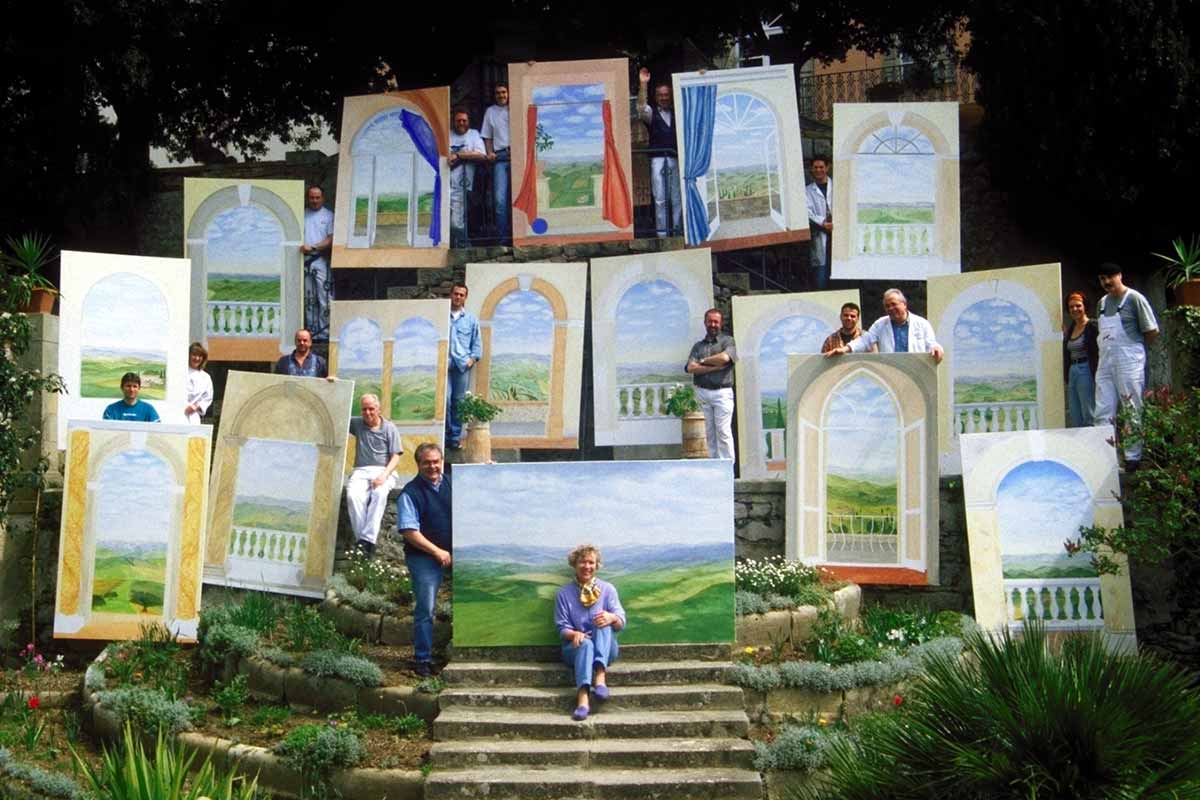 Villa Palagione (Volterra) fascinates everyone who has been there. We discovered the Villa in 1997 during an adventurous trip to Tuscany. 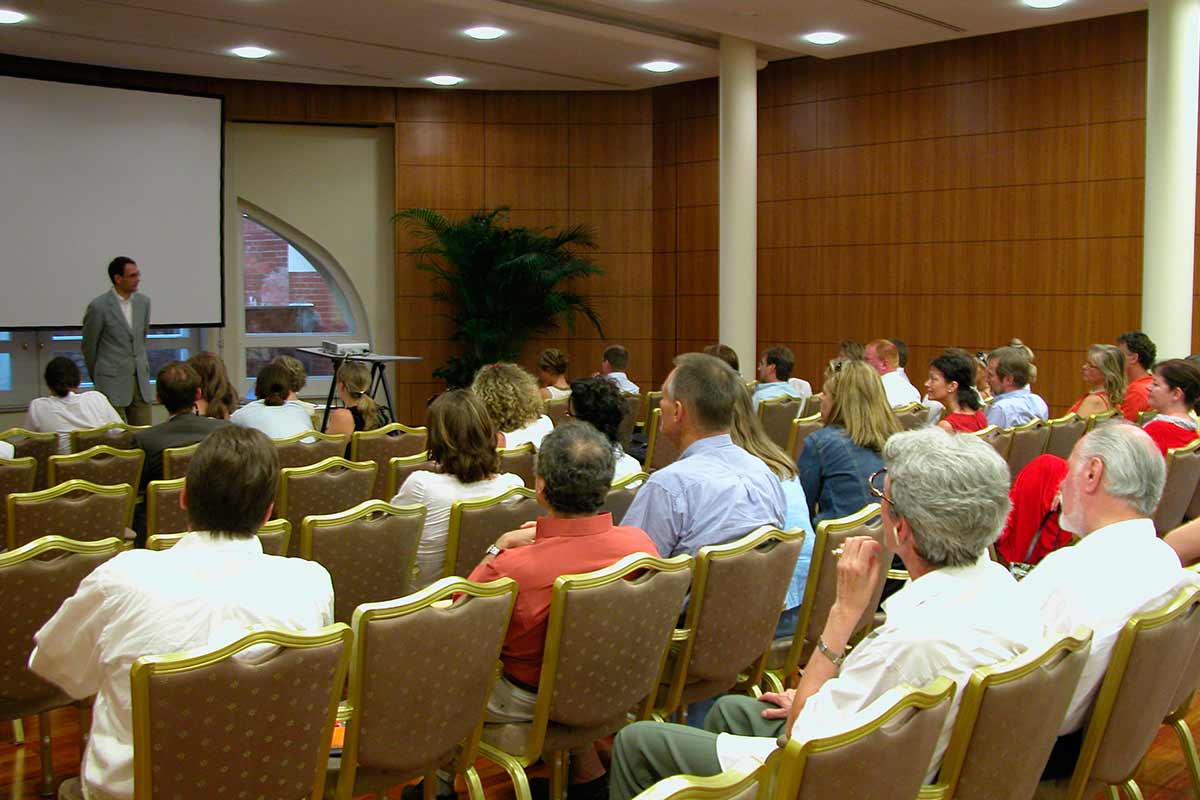 2005: Lecture by Martin Benad in the Kempinski - Hotel Königstein for his newly published book “Farbe mobil” 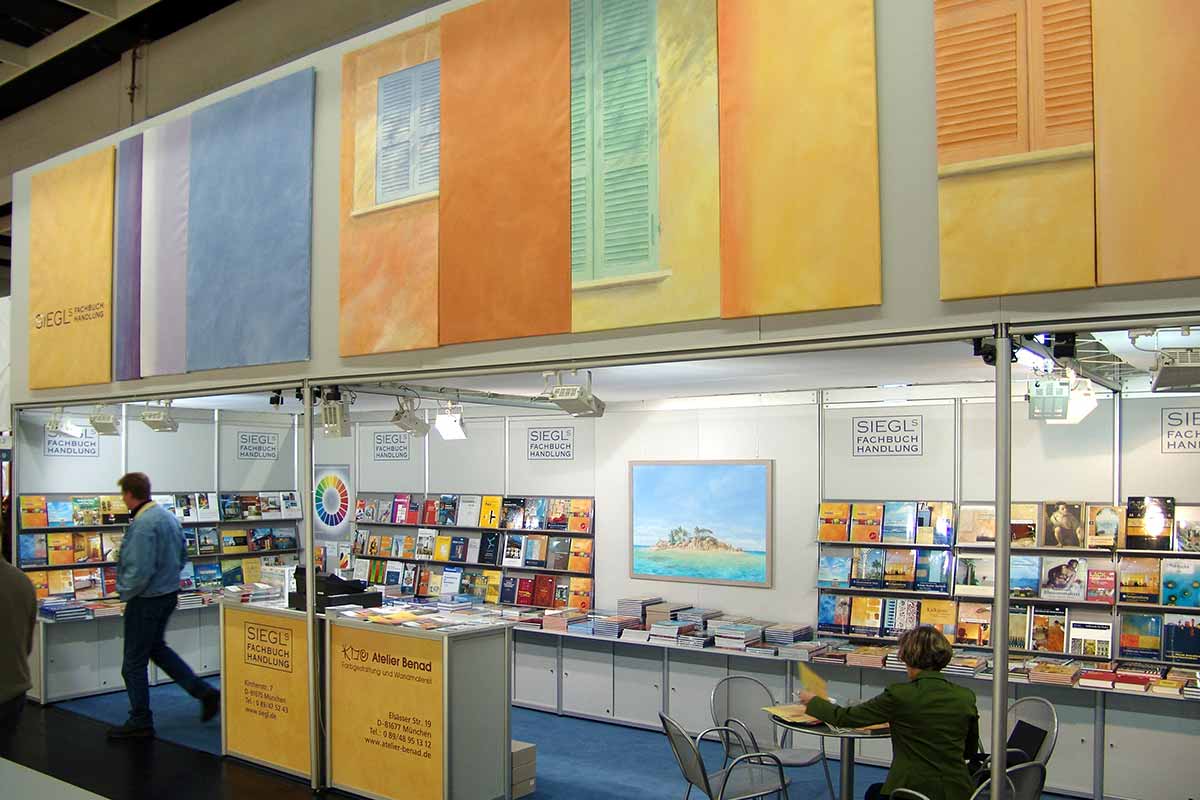 2005: Exhibition stand together with Anton Siegl (Siegls Bookshop) at the “Farbe” in Cologne. 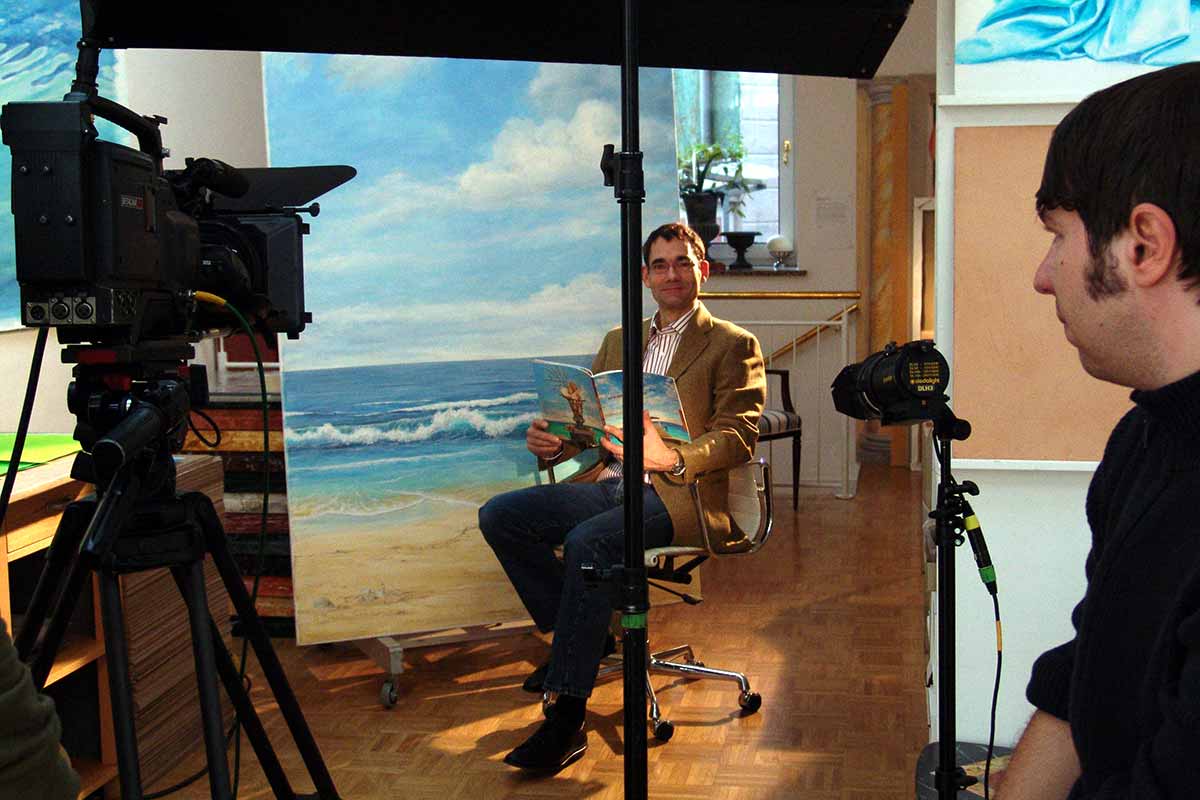 2005: TV recordings (Interview on colour psychology) by PRO7 in our studio on Elsässer Strasse 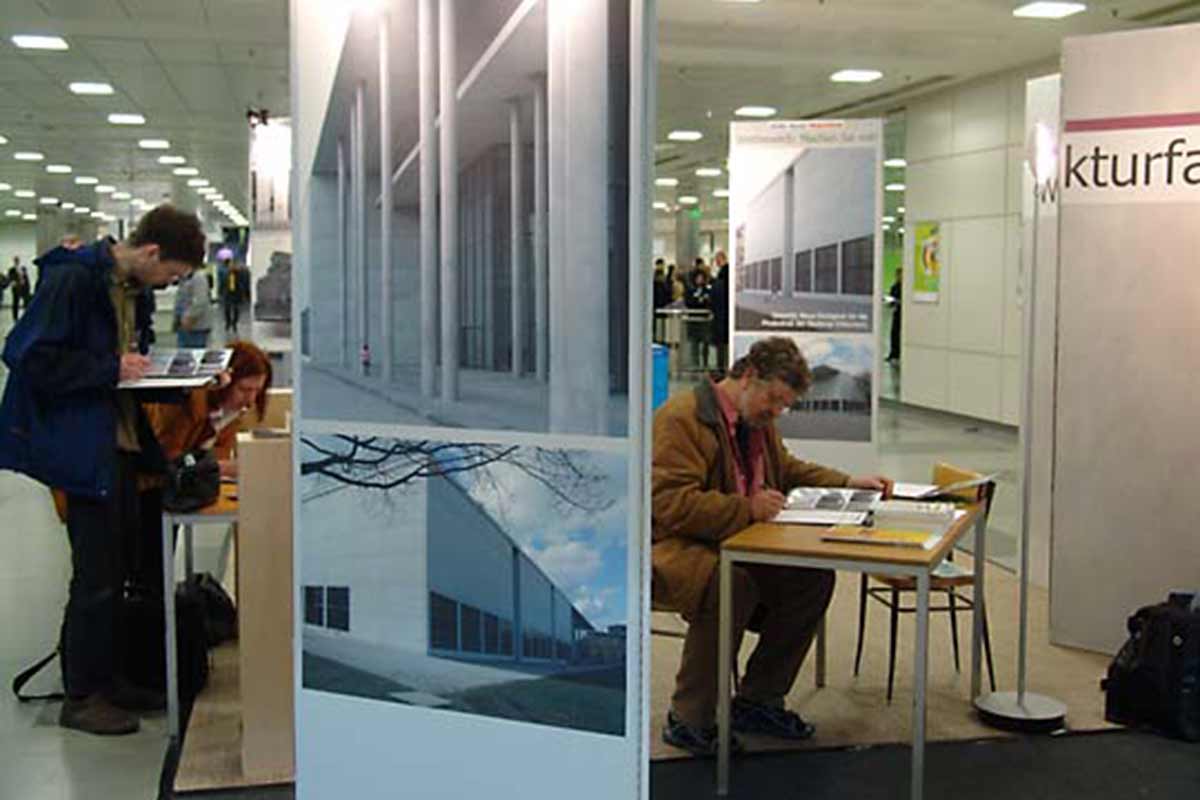 2005: Exhibtion stand “New colours for new architecture" in the Foyer of the exhibition “Farbe” in Cologne

The art of colour design is split up into two topics: Inside- and outside spaces.

"Farbe mobil", developed by U and M. Benad in 2005 describes a concept of flexible colour design for inside rooms, on the basis of which over more than 30 Partnering companies work.

Through the friendship with the Architect Jürgen Opitz, who is not only a sensible colour designer but also a technically versatile specialist for 3D renderings, huge potential was tapped to work on large scale tasks in the area of colour design. Many books are in the process of being written as a result of the collaboration with Mr. Opitz, who also works as a lecturer for perspective drawing at the academy for mural painting.

The web presence of Atelier Benad, including the search engine optimisations, is taken care of by Turgay Albayrak, whose creative and technical expertise is responsible for our professional web presence! Thank you Turgay!

The seminars are a central part of Ursula and Martin Benad’s occupation since 1996.
In 2005 the teaching plan for the academy of mural painting was created. A selection of basic seminars is included into a -at the time it was 40 days- long education. However the move of Studio Benad to Bordeaux Place in the Summer of 2007 provided them with ideal lesson rooms in the popular artists quarters Munich-Haidhausen. 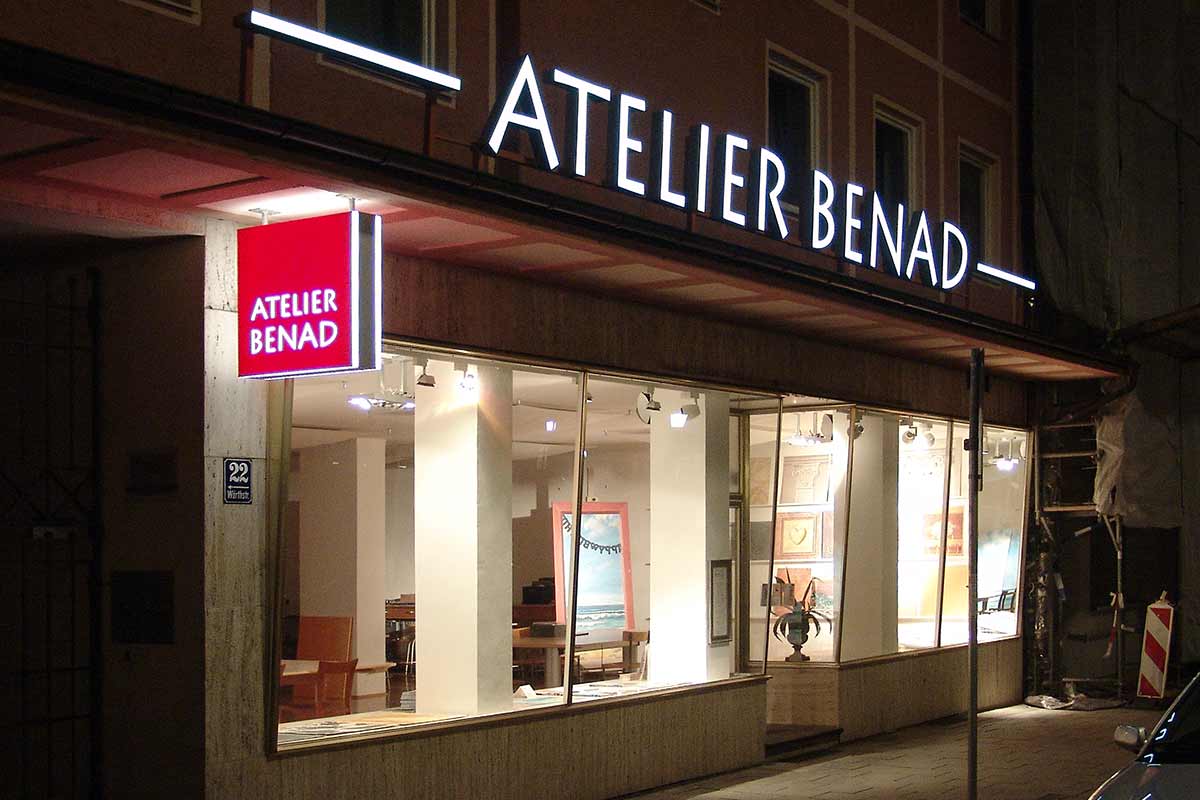 2007: Finally Arrived! We move into our generous Studio facilities at Bordeaux place. 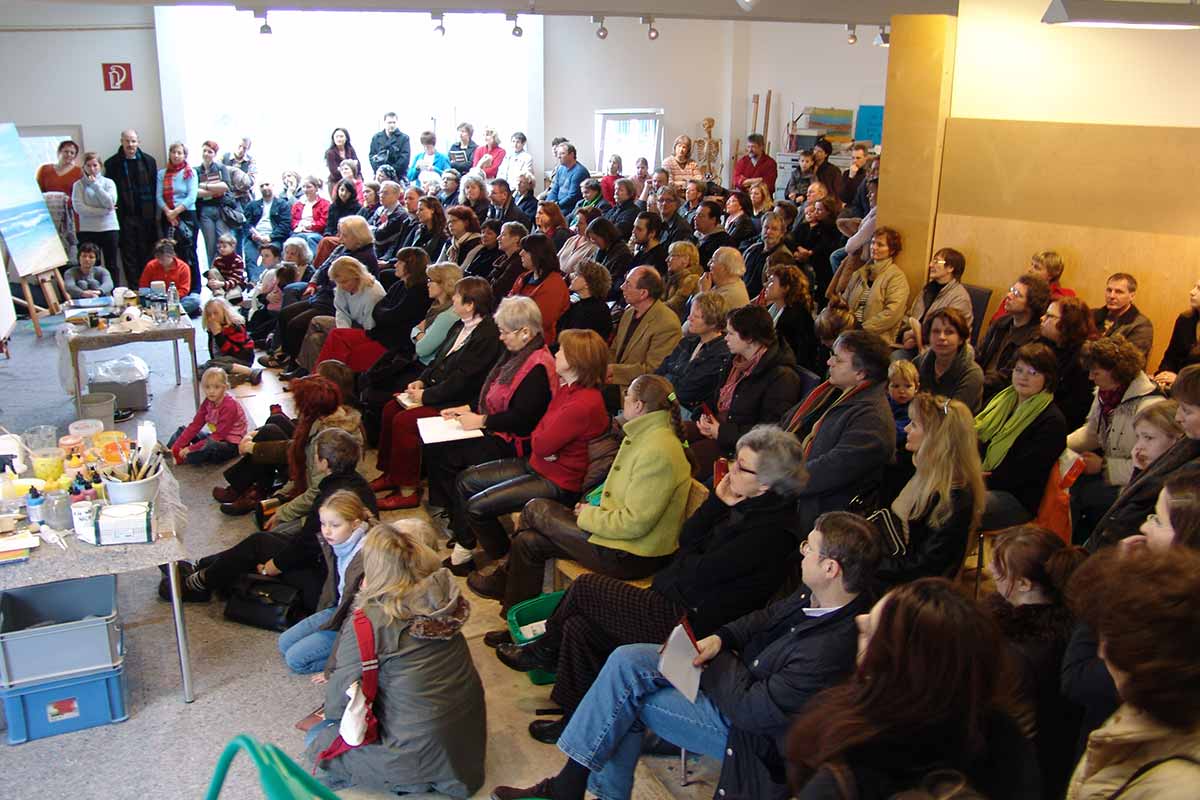 2007: The hall full of people, lines outside the door - Painting demonstration with U. Benad in the Boesner Stammhaus in Witten 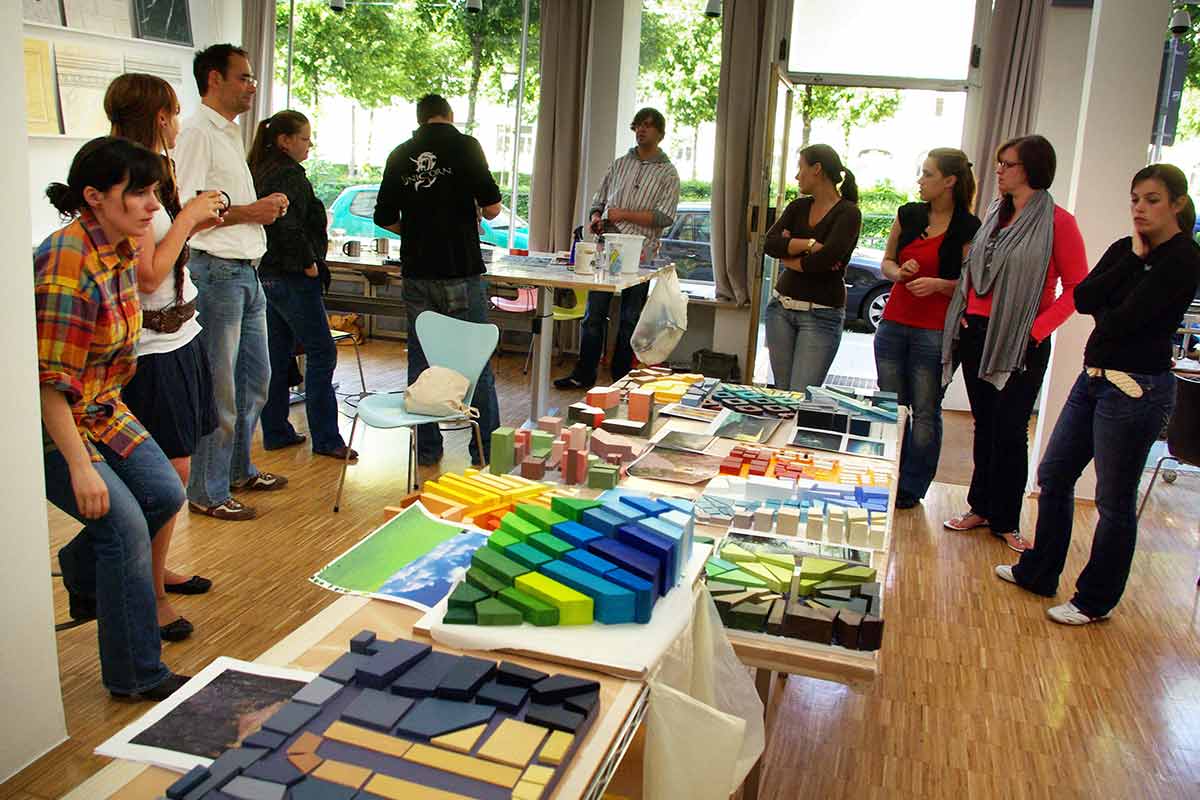 2009: Students of the FB Architecture at Dortmund College at the colour design workshop in the studio 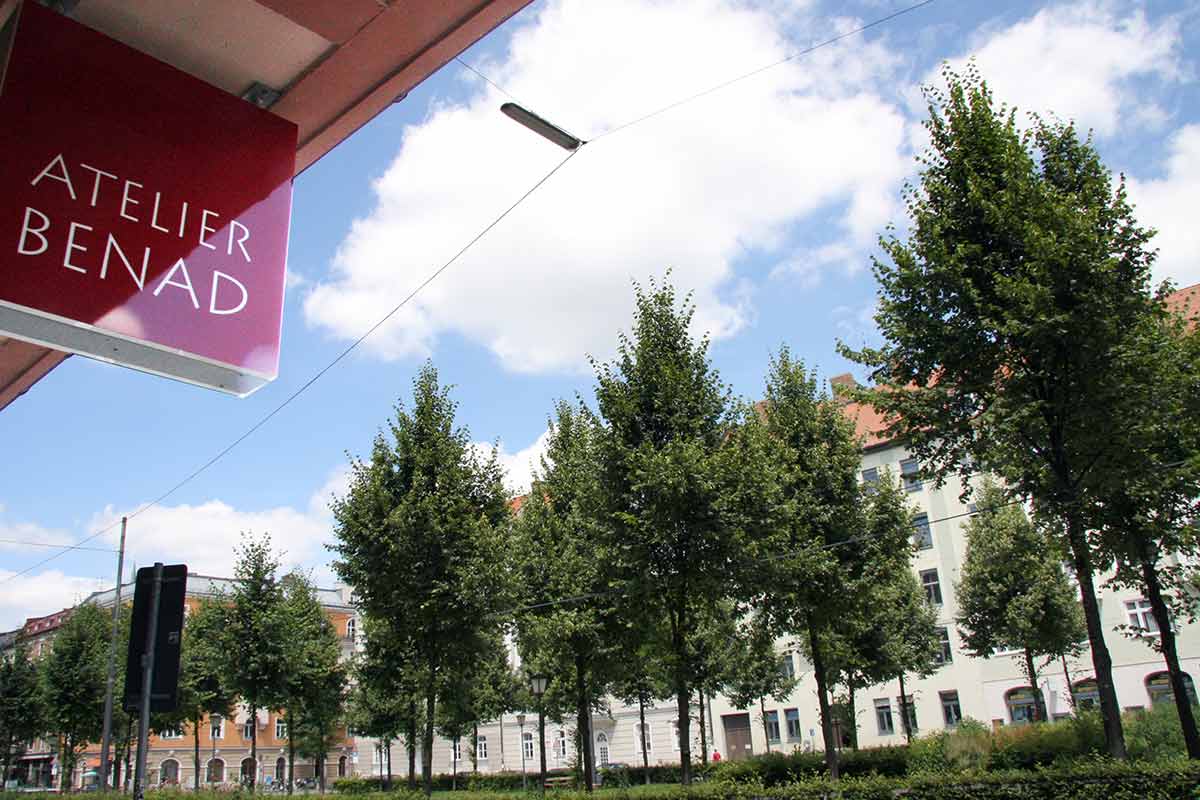 2015: If you know Munich-Haidhausen you will understand why we love working and living here.

As artists (freelance) we are allowed to paint and sell paintings. However if we only sell one single book, we are seen as traders and the studio falls under a different field of taxation, that of a business. Hence why we were forced to register, apart from our freelance work, an independent second business.
Through the trade of Ben_ART, seminar participants can buy special tools (especially the good paint brush makes) directly at the end of each seminar. This allows us the fight the problem many consumers have when trying to find special paintbrushes, where it is often difficult and not very economical to come by them.

Ben_ART has a very limited, specialised stock. At the centre are our books and our Benadium, as well as special necessary brushes for acrylic glazing and stencil film sold by the metre.
The sale takes place at the end of each seminar to participants of the seminar. We only send goods in exceptional circumstances.